The Love of Thousands: 10 Days of Christmas Blogs 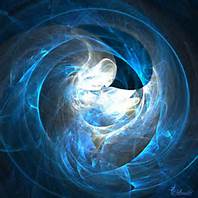 As an avid traveler, interior designer and writer, I spent most of my life feeling like an anomaly. My family consisted mainly of mill workers, farmers and educators who rarely felt called to leave the county they were born in. While researching my ancestry back several hundreds of years, I’ve discovered artists and adventurers with whom I feel a shared and kindred spirit. I have traced my Swicegood lineage back to Lorantz Schweisguth who immigrated from Germany/ Austria into the US by way of Lancaster Pennsylvania. His son John would later change the spelling of his name to “Swisegood” before coming south to literally make a name for himself in my hometown of Davidson County, North Carolina. John was a skilled furniture-maker and carved elaborate pierced tombstones of soapstone in the old Germanic tradition, many of which are still in good condition today. He established the reknowned Swisegood School for Cabinetmaking, creating museum-quality furnishings that are sought by collectors and museums today. No doubt he was part of the movement that helped central North Carolina become in its heyday the “furniture capital of the world”. I  can only guess that John must have shared my love of good craftsmanship and the discriminating eye of an artist. His families’ sense of adventure pushed them onto a boat, into unsafe waters and into a foreign country. It propelled John to the North Carolina backwoods to seek a new life.

Although these people never knew me, I’ve no doubt they passed on some traits to me. Most of all, they loved their families and wanted a better life. They had children who loved their children and so forth until centuries later a child was born that was me. It occurs to me that I am no doubt the result of the love of thousands.

In my travels, I often collect rocks to bring back as souvenirs because they tell the unique story of singular place. I have a beautiful piece of jagged blue slate that I found walking in a meadow in the Swiss Alps that was scattered from the continent of Africa when it drifted across the ocean and collided into Europe millions of years ago. I have pebbles from a beach in Santorini where volcanoes exploded hundreds of thousands of years ago. Marble-like stones were formed when the molten lava mixed with the aggregate seashells, sand and limestone.

It is amazing to realize the immense power of these forces and how although they are invisible, they are actually stronger than what they created and left behind. A human beings’ most primitive sensations are activated through the senses of sound, sight or touch, yet the greatest forces in the world cannot be seen with our own eyes and are only perceived by their effects on other objects. “Reality” as we know it would not exist were it not for the the invisible forces that breathed life into them in the first place.

Whether you call these forces God or fate or evolution or the luck of the draw makes no difference. Naming it one thing or another does not diminish its power. We must believe that the same process that shapes the earth shapes us as well. Love is the greatest force to leave its mark on human beings and it calls us to procreation and the continuation of life. A forest that has been burned will not stay charred for long before new growth sprouts out of the ashes. I believe the essence of love and God are one and the same. Love is omnipotent, love always trumps hate and love is constantly at work beneath the surface of our world healing hearts and smoothing out the kinks in our spirits.

Christmas exists solely because of this love. It’s why we celebrate the type of deep and selfless love that looks so far into the future, both into us and past us that there is no end.

This world would deny us the reality of this divine connection but try looking across the landscape beyond the surface and for the invisible forces that shape our physical world. Who has not marveled at a cross section of a tree, counting and examining the rings for clues to its past. Lean years, years of abundant rain and nutrition, disease… the story of the tree’s life is told in its inner rings. Gullies and ditches form as water meanders across the landscape; rivers slice deep channels in the earth on their path to the ocean. Our world is a hard and difficult place, especially these days with the 24/ 7 bombardment of depressing news, rampant consumerism and reality television that touts pathetic, offensive behavior as if it is really news-worthy. Turn off your television and cell phone. Have a cup of tea. Have a real conversation with someone and while you’re at it, listen and don’t talk so much. Look outside. Take a walk. Connect to the source. Find some quiet moments in the midst of these busy holidays and be cognizent of the “reason for the season” because I promise you, there really is one.