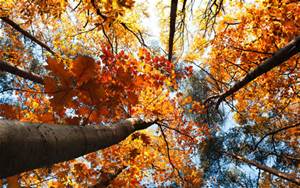 The remains of Thanksgiving dinner are still in the fridge. I cannot will myself to throw away the pumpkins on the front porch and replace them with Christmas garlands and lights. On my walk through the neighborhood yesterday, a balmy golden autumn afternoon that didn’t even require a jacket, car after car passed by me with their Christmas trees tied to the top.

Sure, I know Thanksgiving came late this year and there is already less than four weeks til Christmas but at the risk of sounding like Scrooge, I must  ask myself if that really matters. Do we really need to rush from one holiday to the next?

You couldn’t have paid me to fight the crowds at the Black Friday sales events, which of course begins on Thursday these days. “Consumer spending is down,” I hear on the news. Come on people, our cheeks are still salty from the tears spent mourning the lives lost in recent terrorist attacks in France, the downing of the Russian airliner by ISIS and the refugee crisis in Syria. I am distraught that my fellow Americans might actually elect such a pompous fool as Donald Trump to the White House in the most hostile and politically charged time in the history of the world since World War 2. So, tell me again how is it that we are supposed to give a rat’s ass about US consumer spending statistics?

If living well is the best revenge, the point can be argued whether or not we, as a nation, are indeed living well. According to my financial statements and my employer’s CEO, my little corner of the world in Greensboro North Carolina has yet to fully recover from the 2008 recession. And yet, I treat myself to a $5 Iced Chai Latte at Starbucks and fritter away $200 bucks on a single trip to Costco. By world standards the NY Times reports that the bottom 5% of the US inhabitants are still better off than 68% of the world’s population. Despite the heated discussions in our governmental chambers on our acceptance of Syrian refugees, no one can dispute that life here or practically anywhere would be a great deal better from whence they came. ironically while these people clamor for our shores, more Mexicans are migrating out of our country rather than into it. You wouldn’t know that by listening to discussions on “deporting twenty million illegal immigrants”. Why spend so much energy talking about deporting them when things are so bad here they are now practically deporting themselves?

All these things really tell me is that depending on your vantage point, there are mass discrepancies in people’s perception of reality. The world at large seems to be suffering from a mass lunacy. Things are really great or they are really horrible… I’m just not sure which.

It’s been simultaneously a very difficult and very wonderful year for myself and my family, I hardly know whether to laugh or cry. Our family has lost three pets and two close family members even as we are blessed to gain a daughter-in-law this coming September. On the same day recently I received great news from my friend Cindy that she will be a grandma this spring while another friend called to confide that she’s received a bad mammogram and will be undergoing further tests in the next few weeks. My husband woke me up at 4:30 AM this morning to let me know there is a roof leak in our kitchen.

It’s a hard thing for me to do-  to let things just roll off my shoulder like the water  pouring through my kitchen chandelier. It’s human nature, I believe, in difficult times for us to hold on to life even more tightly. It’s hard to put a lot of trust in the world, I think, even in my husband who has begun practicing navigating me backwards in the “fox trot” . We have begun taking ballroom dance lessons at the local Fred Astair Studios. As we move in a counterclockwise motion around the room, he attempts to dodge a deaf sleeping dog and a stray pair of slippers while according to our instructor, I am not supposed to “look down.”  When Perry fumbles, I take control and he says through clenched teeth (because he’s trying not to lose the beat) “Let ME lead”. I wonder if this re balancing marks a new point in our relationship.

We practice at night in our empty living room that is awaiting new furniture because the cat peed on our furniture. Repeadedly. At the end of my rope, I finally booted her outside several weeks ago. It is still painful to think that we lost her this weekend, not only to a viscous dog attack but even more to my own bad judgement. I just want to say again how sorry I am Nala. Other than peeing and scratching my furniture you were a really good kitty and I never meant you any harm. I think about this, talking to this dead cat, as I spin around my living room.

This is a lie; we are not spinning. It is only the leaves outside that spin and dance, along with the world. You can barely even call what we are doing dancing. Still, I hold my husbands hands lightly, look him straight in the eye  and wait for the count to begin.

I am an interior designer, mother, wife, writer, artist, friend, inspired traveler, and energetic, creative soul who delights in many forms of self- expression. Creativity is a gift from God, and when I use that gift, I am somehow one with God, doing what I do best. Living a creative life is as natural to me as breathing...